Scene from the Water's Edge:

In 2009 I discovered Cropston Reservoir. Situated on the edge of Bradgate Park in Leicestershire, it is just like any other reservoir, but to me it soon became a place of great mystery and appeal.

Given that my working day is usually pretty long, in the beginning I looked for easy photography. The sort where you could have your tripod next to the car! This is what I found in Cropston. There is a small parking space right next to the pumphouse and at pretty much any time of year you can get a half decent sunset from this very spot. The added bonus is that the reservoir is only about 9 miles from my house, so close enough to take a last minute trip if the weather looks promising. This is where it started, sunsets from the car.

Very quickly I began to see great mystery in the shore lines. Fly fishing boats moored on the beach like shores, half covered with a shroud of mist, sitting perfectly still waiting for the fisherman to come early morning and take them out into the water. I started walking the shoreline and literally spent hundreds of cold, misty mornings crouching on the shore waiting for some subtle light to rear its head. 99% of the time I was left with no real shot, but every now and then the light would be ideal for my colour palette and I would drive home with excitement and anticipation, just waiting to see what the camera had captured.

This soon became my ‘go to’ place. Whenever I had lost my photography mojo I would nip out to the reservoir. Just me, the boats and maybe some mist.

The feeling that Cropston gave me initially, and continues to give me some 7 years after first discovering it is addictive. So much so that I grabbed myself a map of the East Midlands and I started driving from reservoir to reservoir hoping that this feeling could be found elsewhere, I was hooked.

Two of my favourite reservoirs after Cropston are Swithland and Thornton. Swithland is about 4 miles from Cropston and if conditions are not working for me at Cropston I often nip around to this one. Access is fairly restricted but there are some great shots to be had around by the old pumphouse.

Thornton reservoir is a beauty spot and like Cropston, you could quite easily do an entire project from its bank. It has more features than Cropston, including a lovely jetty with fly fishing boats and some great reeds and grasses.

All three reservoirs have taken hours of my life over the last 7 years and really confirmed my love of water. I think that these locations ignite my childhood fishing memories which form half of my love of water, the other half is satisfied by the coast.

As a child I spent a lot of time with my family on the North Yorkshire coastline and am very familiar with this area. When the opportunity came to return and also visit the North East and Northumberland coastline with Rob Knight, I jumped at it. I was not disappointed. There are some stunning, iconic locations along this coastline and the photographic opportunities are endless.

When I visited this area in 2014 and again in 2015 I was full speed into my project, so much so that the pictures kept flowing with greater ease than normal, in fact around 50% of the images in the exhibition are from those two separate weeks spent on residential.

In 2015 the images were rapidly mounting up and I knew that at some stage I needed to draw a line. How do you do that? What if the best image that you could ever imagine taking is just around the corner?

In mid-2015 this decision was taken out of my hands when my dad became ill and time was not available to work on the project. In November 2015 my father sadly passed away. Life just stopped for me and several months were lost. All interest in the project had gone, I didn’t care. In the back of my mind, however I knew I needed to keep pushing on otherwise it would all be wasted and I knew that my dad would never have wanted that.

A couple of months after my dad died, I made the decision to dedicate the exhibition to him. It seemed fitting and after all, if my parents had not given me those early year memories, this project would probably never have happened. As soon as I made that decision I gained a new energy to make the project work. I even went out with the camera although it didn’t really work, but at least I was out.

A special place for our family is Scarborough on the North Yorkshire coast. I have never shot there and all my memories are childhood ones.

On the 27th February I made the decision to shoot a sunrise at Scarborough. It was my mum’s birthday, the project seemed to be reaching a natural conclusion and I needed to draw a line. It seemed the right thing to do.

I woke up at 2.30am and drove up to Scarborough. 5.30am I was on the beach where I spent all my childhood holidays. The conditions were awful! The temperature was so low and the sky was absolutely void of all interest. I didn’t care. I just set about doing what I do naturally in that environment and shot for around 4 hours. I was frozen. Even the lid on my flask of coffee broke so I couldn’t even get a warm drink. Still I continued, it seemed right.

Once I had decided to stop for fear of freezing to death I wandered along the beach to get myself a warm breakfast and called my mum to wish her happy birthday. As soon as I told here where I was we were both filled with emotion. This was the place where we had spent endless hours of fun. I was absolutely overwhelmed with memories flooding back.

I knew that this was the right thing to do. The project was over, a natural conclusion. It felt like the project had gone full circle and ended where it began. I even said to myself that I wouldn’t take any more shots for the project. This was it for now. Chapter closed. Whatever made me go for that last sunrise had drawn a natural line for me. The result of this whole process is what you see before you in this exhibition. 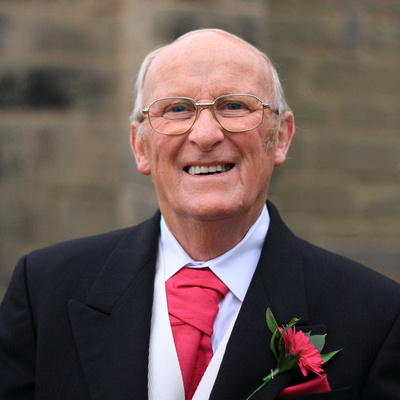