Scene from the Water's Edge:

In 2008 I purchased my first SLR camera. Previously I had owned several 'point and shoot' cameras for use on holidays but nothing too serious. After months of debating and reading reviews, finally I purchased a Canon 1000D Digital SLR. It was entry level but had everything I needed at the time.

I loved it and soon became obsessed with buying photography gadgets and getting up early to photograph things. I had no idea where it was leading and what I wanted to achieve, if anything, but very soon it became an escape from stress and a way of being out without anything to worry about. A perfect distraction from a busy life. 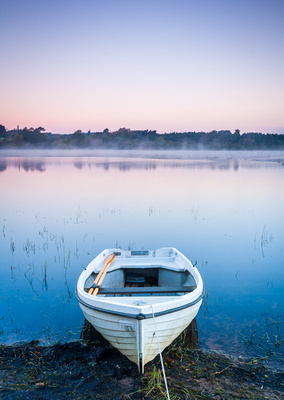 After a couple of years with the camera, I started to discover that the landscapes that generally excited me the most all had a a similar, single theme, water. At this stage this didn't really trigger any deep meaning but after a chance meeting with a fellow photographer on Twitter and a look at my past experiences, I realised why this might be.

In 2012 I met photographer Rob Knight and his now wife, Karen. Rob and I found that we both had very similar views and sense of humour and quickly became good friends. Anyone who knows Rob will know that he has no interest in being in any particular circles or using a certain brand of equipment. Instead, Rob is very much about the experience and inclusion for all. He also teaches the importance of creativity and the need to nurture it.

In 2013 I spent a week in a log cabin with Rob. Now on the face of it that may sound a little strange, but for me that week long photography residential set the seed for my current project. Not only did that week expose me to some amazing coastal locations along the North Yorkshire, Redcar & Cleveland and Northumbrian coast, but also it gave me chance to chat to Rob extensively about photography. During this time Rob explained to me his views on how past experiences shape your photographic journey. He does a fantastic talk on this if anyone ever gets chance to go and see him at a camera club.

The conversations we had during this week got me thinking. Why was there a big draw to water for me? What was it that made me long for water in my images? 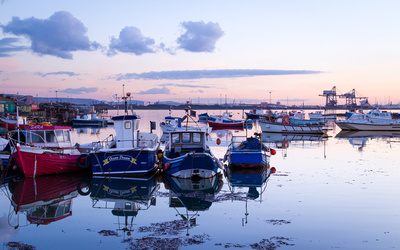 I loved my childhood. A particularly strong memory which I recall with great fondness was our yearly two week holiday to Scarborough. Staying so much by the sea and visiting some classic coastal treasures gave me a great love of the area and in particular the coast. That time spent on the coast with my family I will never forget.

Another large part of my life from a very young age until the present day is fishing. When I was young, many days were spent on the side of rivers and canals with my older brother and mum fishing. Mum would sit in her fold up chair reading books and my brother and I would fish. Most of the time he would be untangling my line from a nearby tree or rescuing me from falling into the water, but still, they were great times

In fact, when I think back, water was and has been a key factor in some of the most enjoyable and memorable parts of my younger years.

Was it this set of distant memories going back to happy, carefree childhood days that was influencing my photography, both in composition and technically?

Every time I went out with the camera was I trying to capture some of those memories with a more considered and educated view than back when I was a child?